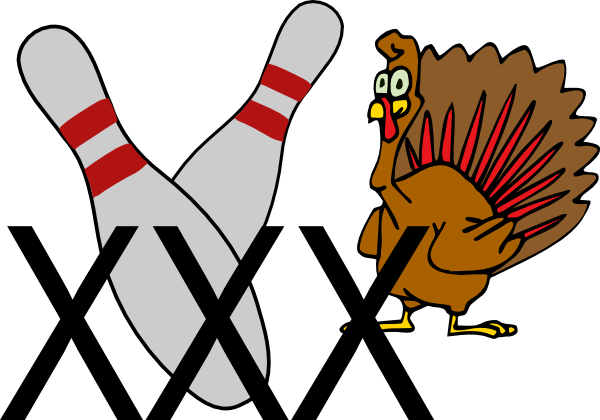 What’s a better way to start off the New Year…..watching boring bowl games all day or throwing strikes at Highland Lanes?!

Let’s hit the lanes and see how they rolled on Monday:

We Don’t Give a Split got things started by taking on Livin’ On A Spare. Early throws showed some rust from both sides before Livin’ On A Spare started to find their groove. They took the win 606-490 to ‘get the ball rolling.’

Bowl You Over was up next against Arm Twisters. Arm Twisters got hot early and stayed hot while taking down Bowl You Over 581-436. Not to worry, Bowl You Over had a shot at redemption in their second game against We Don’t Give a Split. Although their hopes were high….their score wasn’t high enough to take the win. They lost a close one 553-598 when it was all said and done.

The best game of the night saw Livin’ On A Spare take on Arm-Twister. Both teams won their first games easily and were not expecting their second game to be such a nail biter. Not a single player on either team ended the night with a score of less then 100 and both teams got about 100 pins more then they did in their first games! Now that’s a turnaround! The game came down to the 10th frame where both teams had lots of close turkeys making for a neck and neck battle right down to the last player. In the end…….671- 695 Arm-Twisters for the win! What a great way to start off the new year!!

Even some early season technical issues couldn’t dampen the teams’ spirits on this night with lots of challenges already thrown down for next week. With a few suds drawn down….a few balls thrown down the lane….and more than a few laughs all around….2017 is already shaping up to be an awesome season at the alley!